The Mori Art Museum, located on top of a 54-story
office/retail/residential/hotel tower in Tokyo, is one of the very few
places in Japan to see contemporary art.  It has been open only since
2003 and does not have a permanent collection, but functions as a
Kunsthalle to present revolving exhibits.  The show I saw last month was
super!

Yoshioka Tokujin, according to the artist statement, likes “recreating indeterminate phenomena, such as light, snow, storms and wind, which do
not have a distinct shape or color.”  To recreate snow, for instance, he
built a room out of clear plastic and filled it halfway with feathers,
then uses two electric fans to blow them about.  The fan comes on for 35
seconds, then goes off for a couple of minutes while the feathers
gently settle into drifts. 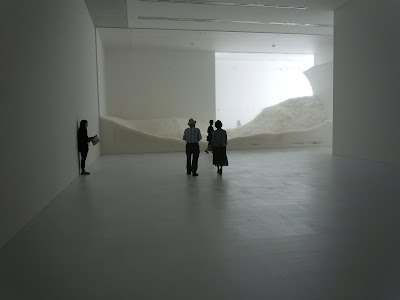 He also makes huge slabs of optical glass that resemble blocks of water
and produce magical refraction patterns as you look at or through them;
one of these, at 4.5 meters long, is the world’s largest single piece of
optical glass. 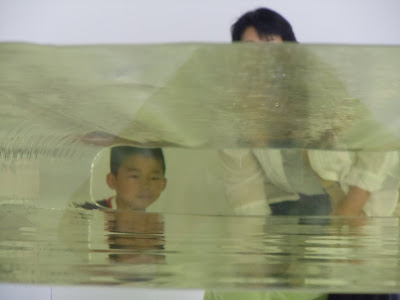 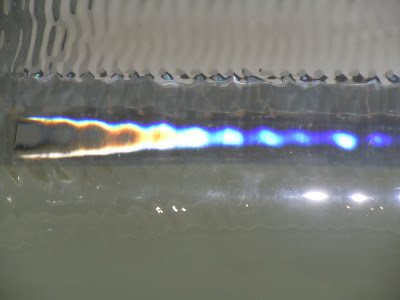 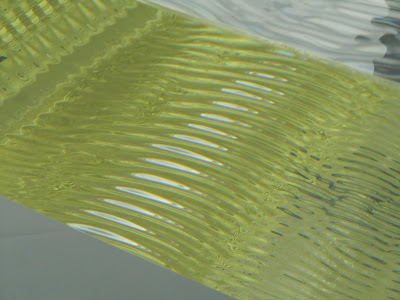 Yoshioka Tokujin, Waterfall, 2005-6
Kuribayashi Takashi made two monumental installations depicting
borders.  In the first, you enter a large room to find yourself below a
low ceiling of warm-tinted translucent washi paper.  As you stoop to
walk into the room, you notice and head for several holes in the
ceiling; when you poke your head through the holes you realize that
you’re now just above the floor of a forest made from white paper
trees.  Why did the white-white paper seem so golden from below?  Who
knew that the ground is only paper thin, and there’s a whole world down
there where people can walk around and perhaps peek up at us? 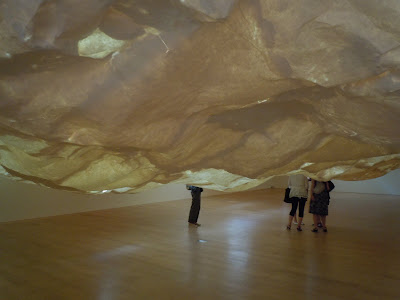 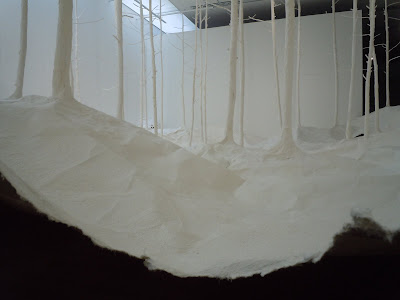 Kuribayashi Takashi, Forest from Forest, 2010
In the second, a mountain almost as tall as the ceiling has a small
“water” surface at the top. The boundary between water and land seems
arbitrary and almost irrelevant in this view. 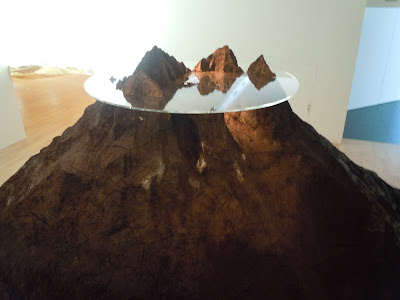 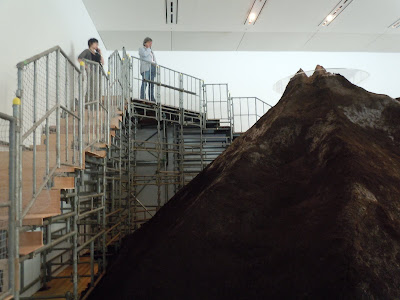 As spectacular as these earlier pieces were, the best part of the show
was the stop-action animation films made by an Indonesian artist group
called Tromarama.  If you think it takes a lot of work to do
clay-mation, you should see what these guys do!  For instance, they
animated one film by carving 402 woodcuts into plywood, but one piece
constituted many, many frames of the film – they would make one gouge,
photograph it, make another gouge, photograph it, and repeat until the
entire figure emerges from the black-painted wood background! 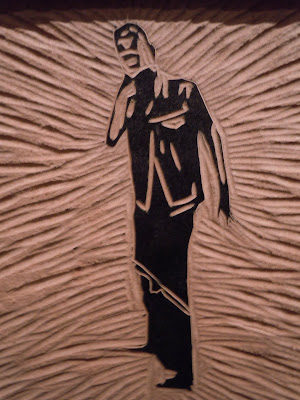 They also did a film that used 12 kilograms of buttons and 1 kilo of
beads, all painstakingly arranged into pictures and designs.  Another
film used 210 pieces of batik on cotton, each about 6 x 18 inches.  (And
we know how time-consuming it is to produce a batik to an exacting
pattern!)

This is termite art at its most mesmerizing. 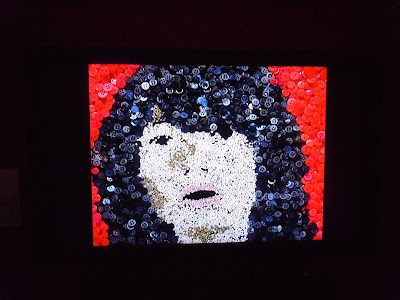 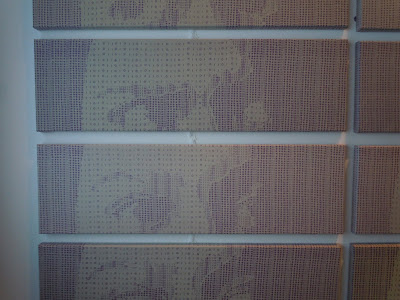 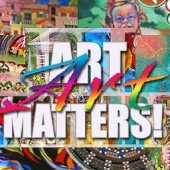 The Southern Oregon Artists Resource provides a helpful resource to assist artists, galleries, organizations and art-related businesses in promoting their work in an easy to use, mobile-friendly format that's helpful for art enthusiasts in our area and for visitors, too.

Why It’s Crucial to Center Equity in LAA Investment Strategies